Hyper Vent is a Vent Gas Capture System, an innovative means to reduce GHG emissions routinely released to the atmosphere during the process of natural gas production and compression. By recovering vented natural gas volumes and directing flow into common pressure containment such as engine fuel or compressor suction, the vented volumes of methane and associated GHGs is reduced.

Natural gas contains methane which has is a significant contributing GHG with an allotted GWP of 25X; a 1 to 25 CO2e assignment. Venting natural gas into the atmosphere is an undesirable practice and may have associated regulatory compliance (AER D60) and increasingly costly release penalties.

Hyper Vent offers an economical solution to reduce the methane emissions routinely released in the process of natural gas compression.

Hyper Vent utilizes a subsonic, double-choke, gas to gas ejector; a high-pressure motive gas passes through the ejector creating a suction port where zero pressure vent gas volumes are drawn in, mixed with the motive gas and discharged at a medium-pressure for non-emitting use. 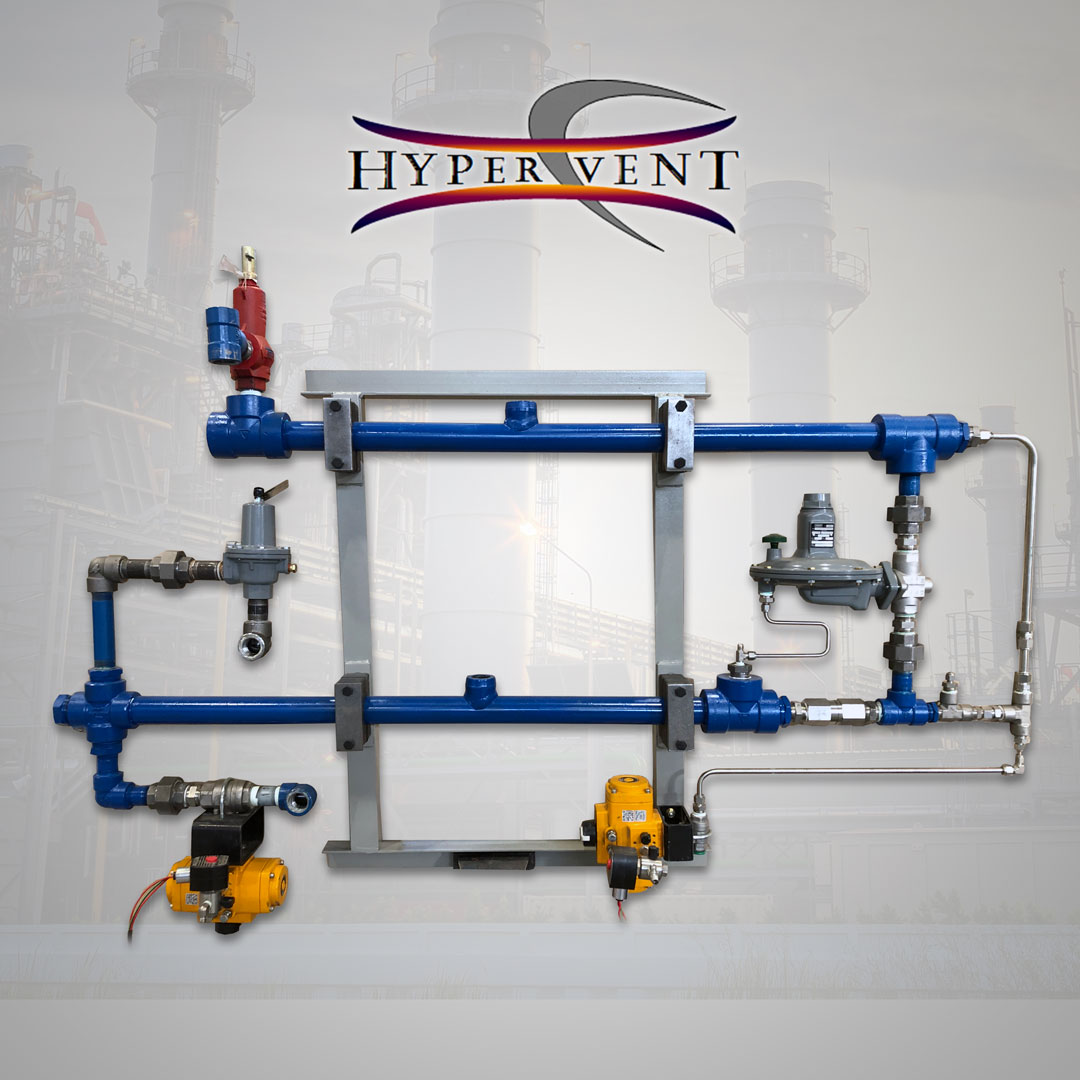 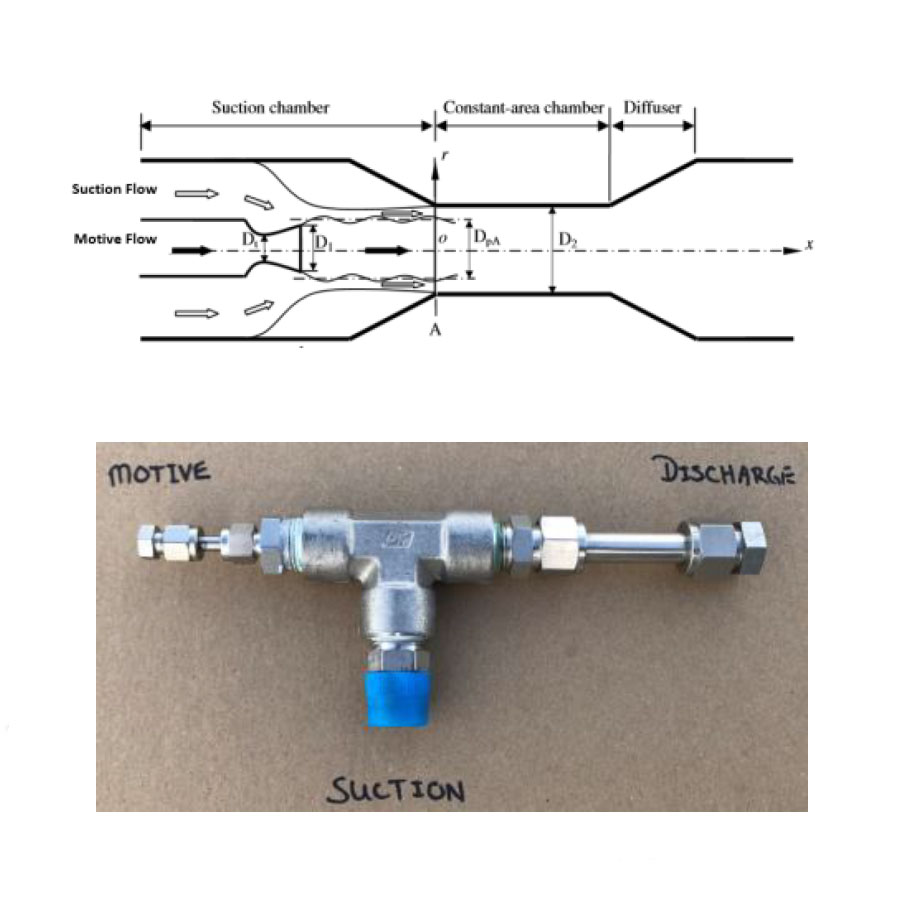 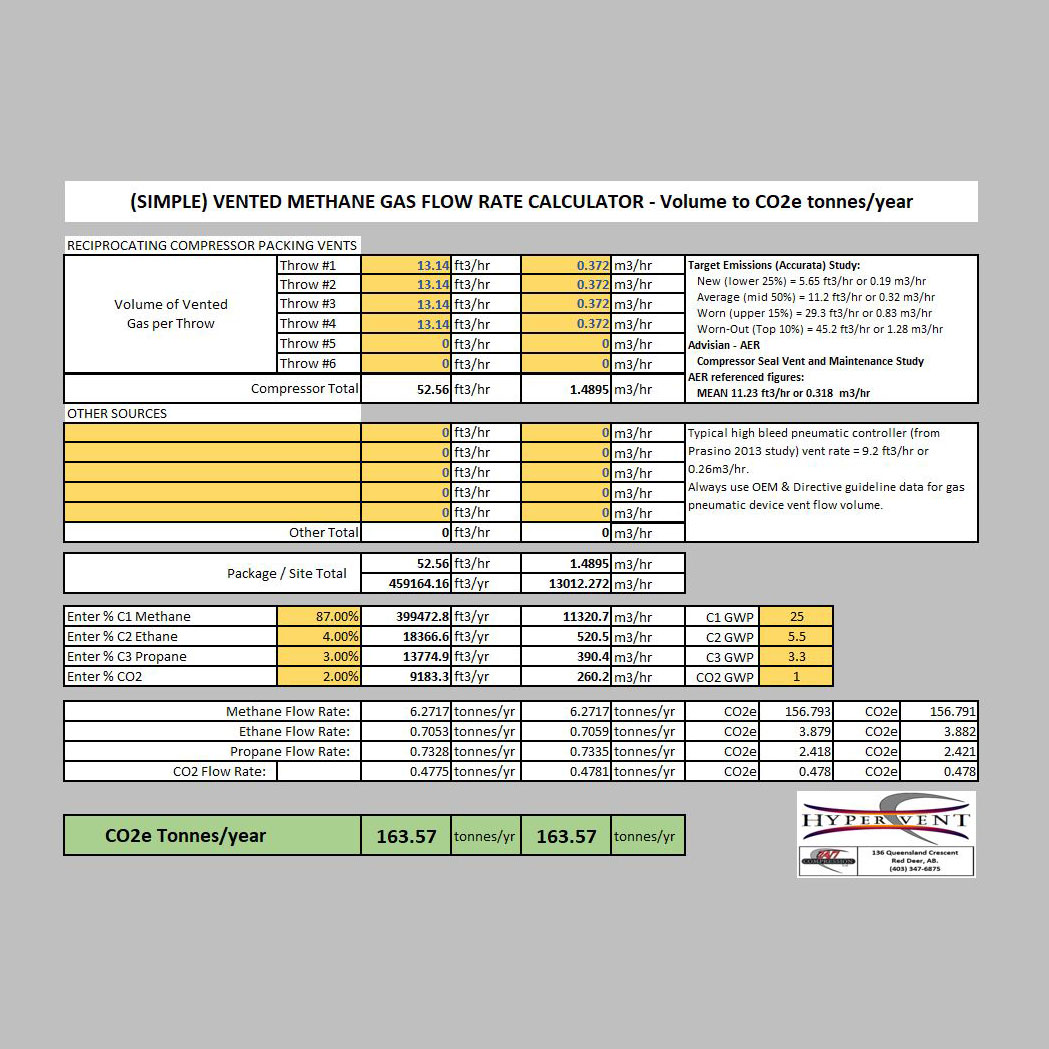 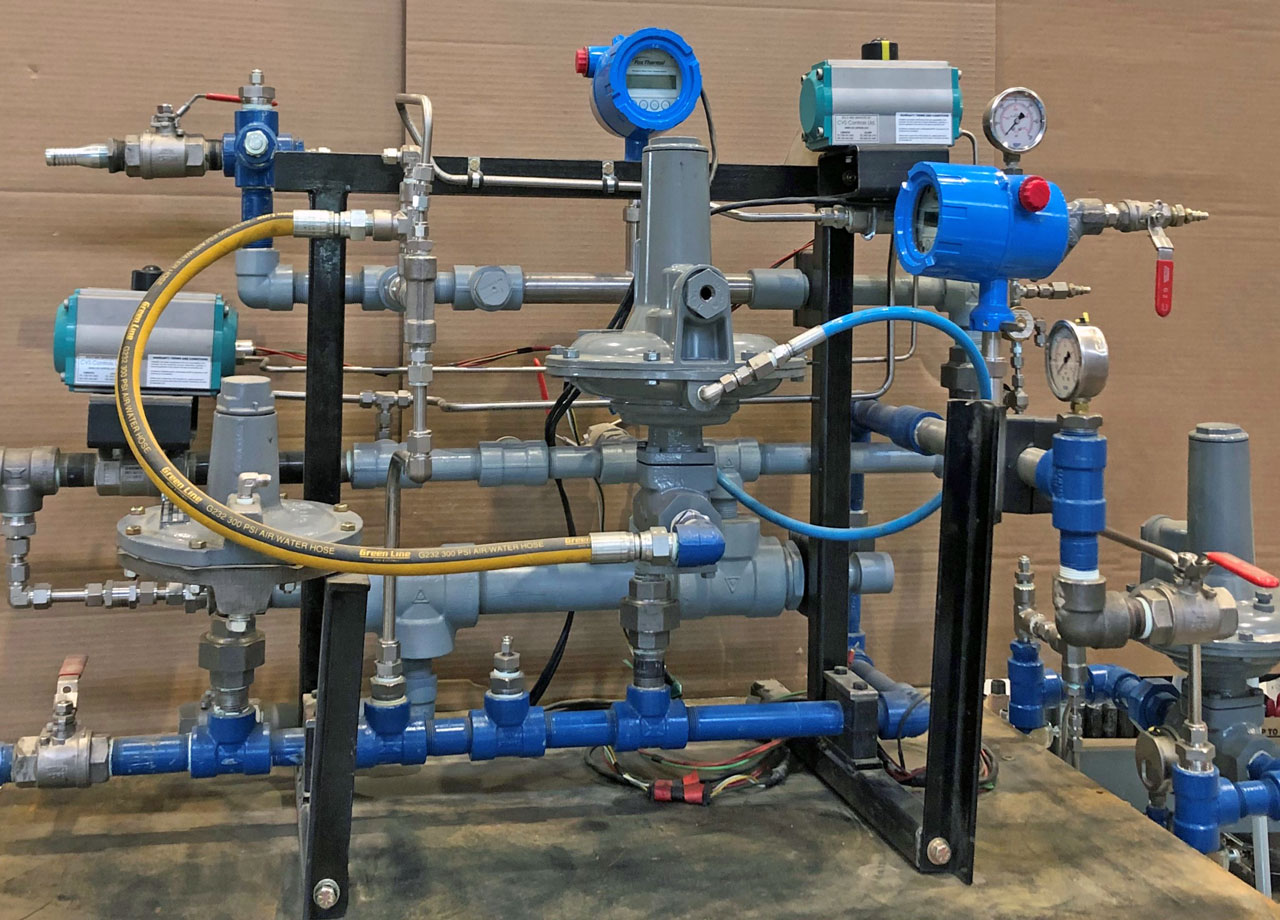 A Look at How It Works

The Hyper Vent system incorporates – depending on application – a zero governor or vacuum control regulator, globally, or for each vent gas inlet; this allows the operator to manage a desired +/- zero vent system backpressure. The ejector is of a fixed-area design, changes in motive and/or discharge pressures will impact performance and motive to suction volume ratios. In low discharge pressure applications, ejector can be "turned-down" resulting in more efficient operation.

Recovery and side streaming vented gas volumes into the fuel supply of a natural gas engine consumes the routinely released methane. This innovative use of recovered vent gas volumes will not require the engine be retrofitted with expensive air/fuel ratio control systems as existing fuel gas pressure regulators will compensate and control. No backpressure will be added to gas venting systems; this will result in a more effective recovery of vented gas in that volumes will not be subjected to higher induced venting pressures as with some other vent gas capture systems and will not migrate to alternative atmospheric leakage points such as compressor crankcase or instrumentation device enclosure seals. Recovered vent gas can alternatively be reintroduced to compressor suction or other non-emitting uses.